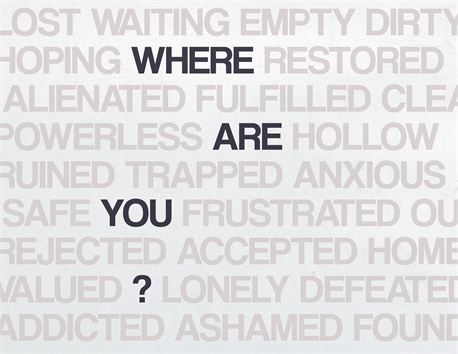 As I listened to Robby Gallaty’s testimony again this morning, there are some clear markers of why he was pulled from darkness into light, through Jesus.
A college classmate of his shared the Gospel when they were under graduates and told him at some point in the future, when he was alone, and everyone had abandoned him, he could call out to Jesus, because Jesus would not abandon him and would be there.
Then, when his faith was in its infancy, another man entered into one on one discipleship with him. They met in a coffee shop and read the Bible and committed to memorizing Scripture. This other fellow was a seminary student and broke, but recognized the need for discipleship for new believers and the mature. His name is David Platt.

Gallaty, with his mind still clouded from hard core drug usage, spent the next six months memorizing the first eight chapters of Romans and then stood before his church to give a message and testimony and instead of delivering a prepared sermon or message, spoke from memory those first eight chapters of Romans and people were moved by the Spirit and their lives were changed forever. His mom, dad, and sister would later leave Catholicism and get saved by Jesus, pointing to this moment when their son demonstrated his faith.

Here is what I take away from his life today:
1. Gallaty heard the Good News of Jesus because a classmate in college (Gallaty was a Catholic playing basketball at a Baptist college) was willing to tell him he was lost and needed Jesus.
2. Another individual upon his salvation was willing to put in the time, one on one, to disciple this man with no fanfare and no recognition, but just because it is the right thing to do. Later this man would become the president of the International Mission Board and pastor two very large churches.

So, let me ask all Christians,
1. Will you share Jesus with other people because you know they need Him and He is the only path to eternal life and reconciliation with God?
2. Will you put in the time, one on one if necessary, to disciple new believers or be discipled yourself?