Skip to content
Posted on March 5, 2019 by Ian Minielly 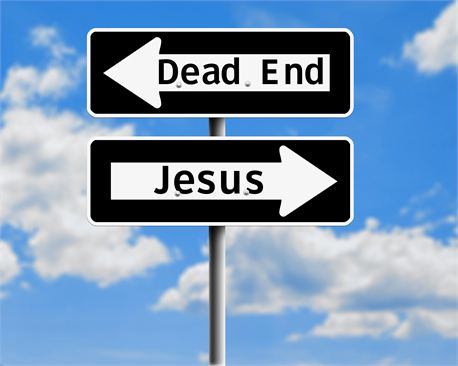 I stayed up wrestling God all night. I suspect it is a byproduct of the eight + hours spent diligently studying Scripture behind my desk yesterday.

At one point, just before three AM, my wife looked at me reading on my phone in bed and was curious what I was reading. I told her I was wrestling God and reading about “Free Will,” “Particular,” and “Traditional” baptist church beliefs, because I do not believe the Gospel of the Reformed Church is the same Gospel spoken in Traditional Baptist churches.

There is plenty of info on the difference between the two soteriological viewpoints. Soteriology being the doctrine of salvation and primary difference between free will/traditional baptists and the particular/GARB/reformed baptists.

In general, each camp claims:

Where the beef gets browned is the role of God and free will in the process of salvation. For the particular/GARB/reformed folk, God knew before the beginning who was going to be saved and who was not going to believe. God is the sole working agent in the world responsible for all things, good and bad, to His glory.

There is no role for free will to these folks, because the believer has no say in the matter of their future or role in the Kingdom. God has predestined the “elect” and the damned. There is no choice in the matter because God is responsible for it all. The good and the bad and the saved and the lost.

I find this theology anti-scriptural as it opposes the whosoever will and Great Commission statements among others. People that believe this might as well put Jesus back in the tomb, because their belief damns the world and only saves a few, who coincidentally have nothing to do with the matter on their end. There is no need for Jesus to rise, because God already has everything worked out.

This is my struggle.

Last night I did not sleep. I laid in bed wrestling God because this theology is damning people to hell as much as their own sins, because Jesus is not being proclaimed.

I feel myself getting angry and wanting to lash out at this belief system because I can picture every single person who upholds it, whether true or not, withholding the lifesaving grace of God from the people they meet. I think about all the lost in the world and the purposeful withholding of Jesus from them because God already knows and does the work. This is a soul crushing sin.

Then the Bible convicts me again to put down anger and put on compassion, kindness, humility, meekness, and patience, again from Col 3: 5-15.

Then I think of all the traditional or free will baptists, myself included, who see a lost person and because of fear or time or whatever excuse is used, withholds the saving power of God in Jesus from them and I am equally crushed. The sin of withholding Jesus is no different, only the reason and justification for it, but both are guilty.

In both cases, Jesus is withheld, and the devil wins. Perhaps that is the answer.

Whether a traditional or reformed baptist, we must share Jesus with all, because the Bible says we must, and no matter what my soteriological belief, if I do not I am sinning against God. I am not guilty of the sins of another man, only my own. Therefore I will share the Good News of Jesus and urge everyone else to do so and hopefully, tonight I can sleep and not be held captive by anything other than Jesus.