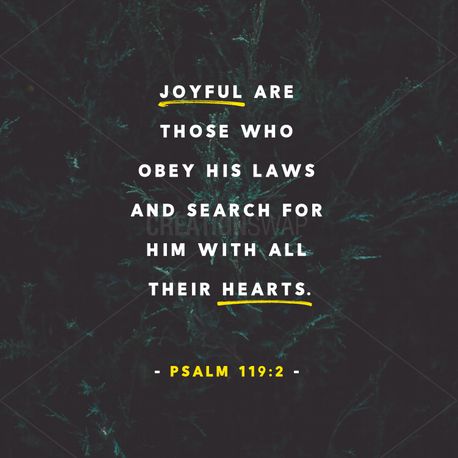 When I was initially “saved,” in my mind I had counted the cost before going down to the front of the church. I thought I was all in for whatever was demanded, but I had no idea how much that would actually cost. In my mind the old me was dead and a new me would come to the fore.

Out with the old and in with the new. It was a moment of vibrancy and clarity where all options were on the table and I could not get enough or learn enough about Jesus, Christianity, and the Bible. I had an unquenchable thirst for Jesus and knowledge.

Soon it became apparent our church was not prepared for what I was after. There were dozens of small groups, but none of them answered the mail. I enrolled in a New Believers class and learned quite a bit. We enrolled in an “Evangelism 101” class. We lasted two sessions before we stopped going.

We joined a small group for married couples in our age bracket; we lasted a handful of months before leaving this group. It was primarily officers and their wives and I was enlisted. We began adding other church activities to our schedule and thinking about how to be more and better Christians, while mostly just floundering without a clear direction forward. We were consuming church.

Much of this did little for turning me into a Kingdom Man. Regularly reading the Bible and doing my best to conform to its teachings resulted in lasting change though. I began questioning everything I thought I knew as truth and discovered most of it was framed with falsehood. It was not long before I realized I could not stay in Special Forces and be the Kingdom Man God was calling me to be. Luckily I only owed them another three years!

There was another area that caused me to really struggle. Developing and maintaining authentic relationships with other Kingdom Men and Women was nearly impossible in the cut and paste churches we were attending. We met some real Kingdom Men and Women in all these churches, but how they got there did not seem apparent to me from what the church was currently selling. They were so far ahead of us it seemed like we would never be where they were.

These long-term Christians had walked the walk for decades and their lives were mostly in order, while ours was still filled with upheaval due to my constant travel and lifestyle. Theirs was a simpler life, structured around the teachings of Scripture and filtered through Scripture to limit the waste while keeping the good. None of this happened in canned Bible Studies. This was what we wanted as a family, but it was not so easy to achieve. Christianity was a real struggle.

We tried many of these canned Bible Studies. Our book shelves are lined with them. We purchased the latest books and materials and joined new small groups formed for the purpose of working through the newest book by a famed author and Christian. I did not witness or experience much discipleship or growth in this model, but we advanced churchianity with our time and money.

For many in the groups it entailed doing the small group work the day of the meeting, if it was done at all, without nary a thought between meetings about whatever it was we were supposed to be learning. There was little discipleship or fellowship in these groups, just metrics for the bean counters on participation numbers, and a paying gig for a “Discipleship/Small Group Pastor.” The numbers were always good and growing.

After a number of these efforts, some knowledge was gained, but a hardness of heart was building within me against this model of Christianity that resulted in quick hops between classes in a never ending cycle for another $15 book, without any real change occurring. I developed a distaste for the small group with its sterile “discipleship.”

I wanted authentic worship that transforms lives, but where was it? Very little I was finding in “church” was satisfying my desire to become a more authentic believer and disciple of Jesus. We were floundering in our search for authenticity.

This is when the call to ministry really began to gain speed. God was calling us to ministry to counter the franchise model and form a more authentic church. This was no simple thing and even to this day I have not figured it out. Stephanie and I would attend one church for awhile, then another, constantly seeking that which we were not finding. I began considering our church visits and attendance as research for the future.

To this date, I do not think Catalyst Baptist Church has effectively answered the deficiencies that drove us from other churches. We have mostly avoided the canned material, but we have also struggled with attendance. One reason no doubt is, we are doing things a bit different and within that difference, expecting more out of people who are used to the franchised model.

A Big Mac in Cleveland is the same as a Big Mac in Los Angeles and this is how people have come to expect churches to operate. Modern American churches are sterile and come with a perfunctory of expectations from those in attendance as well as those on staff.

The challenge is to be more than a faithful attender on Sunday that usually tithes and is a member of a small group. This is too easy and does not yield life changing results. This consumer model of churchianity lacks commitment to the ideals of Jesus. The franchise parades a never ending supply of “biblical” materials before people so they can feel they are doing something and gaining more, without actually asking them to be in Christ.

The institutional church is choking the faith to death.

Institutional Christianity is in its death throws in much of the world. Watering down the scriptural demand to be more than a fallen human may yield some short-term results in attendance, but I do not want to stand before the throne and answer for why I failed to address the clear errors within our accepted orthopraxy.

To this end, Catalyst Baptist Church has launched Kingdom Men. Jesus is calling all believers, not just those within Catalyst to be more than they have ever been before. We want to build authentic Kingdom Men who lead in their home, in their church, and at their place of employment. Please check under the Guerilla Church heading for a more extensive and specific write up of Kingdom Men. I am about to drop it in place after I pour myself one more cup of coffee.